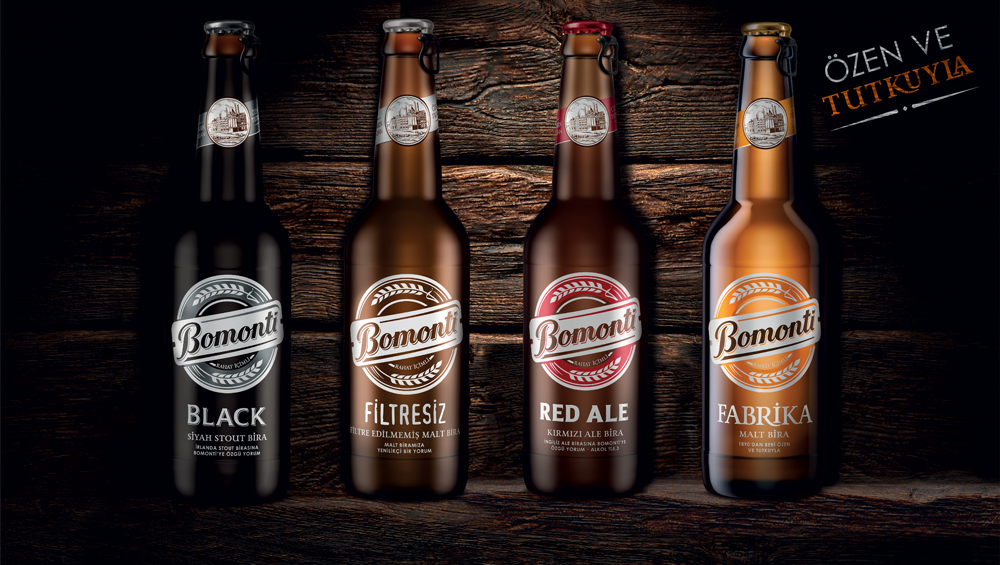 With beer being such an outwardly simple phenomenon, surely packaging it is pretty straightforward. As it turns out, it’s trickier than you might think. Here are the five most common mistakes we’ve observed — and on occasion, rectified.

1. Discarding heritage in an attempt to be hip

The temptation, when packaging for younger drinkers, is to eliminate anything that feels old. However, of all consumers, millennials are among the most likely to choose a beer brand that can subtly convey its longevity and consistency. A back-story that will make their decision easier to make, and to defend in their peer group, is a winner.
Also, if they detect even the slightest hint you’re trying to be trendy for their business, they’ll scarper. So heritage cues on-pack that communicate a credible provenance or craft story (if they exist and are genuine) are gold dust.

Quite recently, Turkey’s largest beer brand, Efes, removed all on-pack expressions of heritage in order to woo younger consumers. Then, shortly afterwards, we were tasked with reversing the process – in fact, going back several iterations to a 1965 Efes pack as our foundation. Similarly, Brown&co co-founder Dave Brown oversaw one of the industry’s most successful re-launches, convincing Peroni not to sacrifice its heritage on pack, but rather to simply contemporize the brand’s comms. A beer’s packaging anchors the brand amid the myriad themes in advertising – and authentic heritage can really help.

Which brings us nicely onto mistake number two.

Packaging is the physical manifestation of an emotional decision elicited mainly by ATL communications, yet its supporting role in securing drinkers is often miscast. The problem arises when brands overlook not so much the link between the impressions advertising make, and the reassurance of the physical interaction that packaging brings… but the all-important distinction between the two. In short, the can or bottle must fit with the brand and variant messages perfectly – but it should never try to carry complex or potentially confusing emotional messages. This is where consumers should be subtly reminded or reassured of those messages, and where a brand communicates any functional product features or benefits.

Packaging is all about the transition from the emotive decision to the physical experience, so all it really has to do is support the onward brand experience. In short, packaging must form the bridge between the brand impressions you’ve created, and actual product delivery.

3. Marketing to women, but missing the point…

Fact is, women gravitate to beer partly because it’s a ‘man’s drink’ (and also because they like it). By that we mean one of beer’s greatest attributes is that it blurs gender stereotypes, and most women have no interest in having their own version of something that is already to their liking and readily available. Plus some may find it mildly offensive to be marketed to separately, and turn away from any wider brand affinity they’ve already developed.

Beer is also the great leveller. Sure, some beers may be more popular with women, for reasons such as sweetness of taste, or gravity, but such preferences are so negligible and hard to define that they don’t merit new variants with gender-specific packaging. Of course, there’s always room in the wider comms for subtle and respectful gender cues, but sense (and history) tells us that packaging is not the place. Many of the larger companies have tried it, but with little or short-lived success. Some, like the Czech brewery that introduced what resembled a bottle of bubble bath and named it Aurosa, have invited deserved and widespread derision!

It’s true: in the sense that it has so many associations and befits so many occasions, beer isn’t just beer. It’s about watching sports together, or cooling down while clubbing, or even — like wine — offering a ritual of taste ‘notes’ to accompany certain foods.

As far as packaging is concerned, though, beer (in most instances) should convey its all-inclusive simplicity and be ‘just beer’. As Byron Sharp points out in How Brands Grow, “Successful brands are the ones with universal appeal and the biggest customer base. Niche branding is not an effective growth strategy.” Also, by continually trying to make beer into something ‘more’, we can overlook its single biggest strength as the ‘great unpretentious leveller’.

Beer is just beer — to whoever has it in their hand, and for whatever reason. It’s a simple product, but one that requires a complex understanding of consumers and the category in order to get the packaging just right.

5. Jumping on the craft bandwagon without the credentials

Of all the mistakes beer brands can make with packaging, this is perhaps the most cynical and unimaginative. Many of the big players tried it, to varying degrees, shortly after ‘craft ales’ boomed in the early to mid-nineties… and fooled no one. What they seemed to forget was that they were once ‘craft’ too, and did such a good job that they’re now hugely successful global brands. Meanwhile, most craft beers would surely sacrifice aspects of their craft to sell the volumes that the big brands do. You can’t have it both ways — success comes through "owning your strength" — and for the big beer brands that means consistency, availability and being understood clearly by consumers from all demographics. Surely that’s an achievement to shout about, and better than pretending to be something you’re not (or something you were).
These five mistakes crop up repeatedly, and it’s often the bigger brands that make them. Our advice? Leave the packaging to the pros.

In the meantime, enjoy a cold one… Cheers!
Published in Packaging Strategies | May 2019 | Original article available here: https://www.packagingstrategies.com/articles/91163-common-mistakes-beer-brands-make-in-pack-design